The Absolute / Karel Čapek, Egon Tobiáš and others

A Cabaret about the End of the World 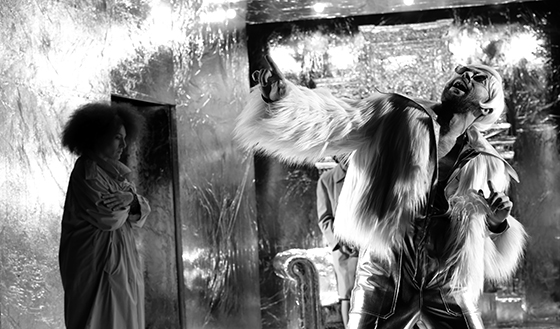 As of late snippets of information have been appearing in the media about a peculiar, hitherto unidentified force which lands Prague citizens in unlikely situations. Some burst into song as they cue in front of a supermarket cash register, others suddenly take to preaching while a select few, allegedly, even start to levitate. Drivers give way so vehemently that they cause traffic jams. What is behind this is not entirely clear but many claim it’s The Absolute. Is universal bliss upon us or is it all just a hoax? We don’t know. The investigation continues. However, up until now one thing is clear, the trail leads to Dejvice…