A Blockage in the System / Irvine Welsh 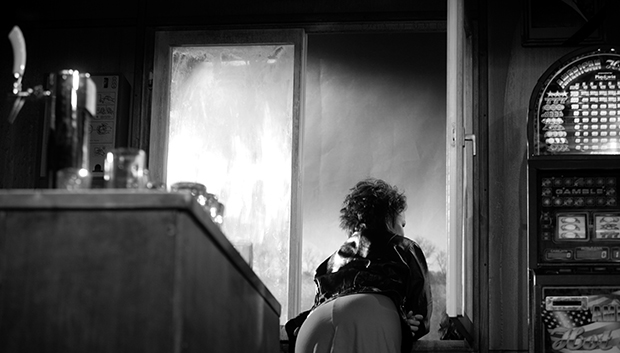 THE SWEARIEST PLAY IN DD'S HISTORY!
Considering a great number of swear words that are an essential part of dialogues of the play, it is not suitable for spectators younger than 15 years and the ones particulary sensitive to such way of speaking.

The Dejvické divadlo’s play A Blockage in the System is based on a short story collection The Acid House written by the well-known Scottish novelist Irvine Welsh. The abstract in the second Czech edition of the book published in 2008 says:
(...) It is Welsh’s second book, full of “pictures of the scum’s social life”. And he lived up to his reputation, examining again the dark corners of the world and a soul. (...) Being a member of the Edinburgh’s working class, the narrator talks big, his language is horrifying, full of vulgarisms, slang phrases, mangled and pseudowords but it is by no means drab and boring. That’s because there is humor in it, although it is rather black, cynical and brutal - but is there another way to describe the real life? And there is also one rule - that there’s no happy ending among the short stories and that it has never been so bad that it couldn’t be worse.

Daniel Majling’s stage adaptation is created with a remarkable sensitivity to Irvine Welsh’s poetics and yet it makes an entirely distinctive work.